are a friendly, long established rambling group based on the North Fylde area of Lancashire. Membership of the club is mostly derived from the local towns of Fleetwood, Thornton, Cleveleys and Poulton-le-Fylde.
Coach trips are made fortnightly all year round. In a typical year we visit Lancashire, The Eden Valley, Forest of Bowland, Lake District, Yorkshire Dales, Howgill Fells, Peak District, North Yorkshire, Scotland and Wales.
A variety of walks are usually available, each led by an experienced leader. These will usually cover distances from about 6 miles to 15 miles, depending on conditions, locality and time of year.

Please note that in the light of further relaxation of COVID social distancing restrictions the all forward facing seats on the coach can now be used.
This means that we no longer have to count households. We will still have to wear masks and use the hand sanitizer until at least July 19th. Sadly as yet we're still subject to the same restrictions as last time out, i.e. face masks 2 metre spacing and sanitizer on entering the coach. At present the fare stays the same as last year. We will sort out the memberships later, once things are back to normal.
To book on a trip, from the Monday before at 9am onwards, sign in with your membership number and password, then click on the Booking Button next to the trip name in the 2021 Itinerary.
If you have forgotten your password or memebership number use the Password Reset function. If the Password Reset does not work for you, contact John Adams, he can tell you your current stored sign in name, membership number and email address.
Registration is disabled while a new moderated process is being implemented. 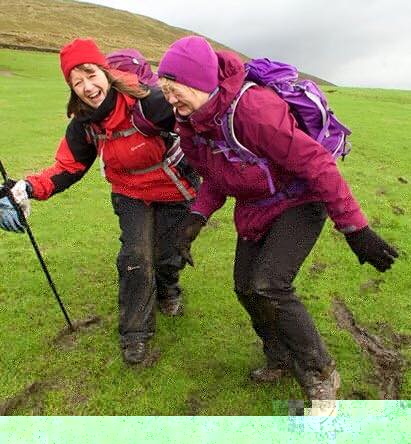 If you would like to come along with Wyre Ramblers on one of the walks listed below please phone John Adams on the
Club Mobile: 0790 800 4399 (6.00 p.m - 9.00 p.m)
Should you reach an answerphone or message taking service when phoning then please leave your name and telephone number and state that your interest is in Wyre Ramblers.

John will get back in touch with you as soon as possible.

We allow non members to accompany us for 4 outings, after which we then expect them to become members of the Wyre Ramblers Club.
The 4 outings can be taken at any time throughout the year.
Membership: £10 per calendar year.

Fares (irrespective of distance) are currently:
Adults: £12
Children (under 16): £6
All children MUST be accompanied by an adult.

Seats may be be booked for the next outing. Fares will be collected on the way home. Any seats that are booked and not occupied must be paid for at the earliest opportunity unless cancelled by the Thursday before the trip.


Coach Pick Up and Drop Off Points

In winter we return roughly 15 to 20 minutes after the sunset time when it falls earlier than 18.00 hrs

Strong waterproof boots and waterproof clothing are essential. Remember, it is usually much much colder on the tops, winter or summer, than at lower levels.

However good the weather may appear, bring a complete change of clothing to leave on the coach. Bring food for the day and try to include something hot in a flask; soup, coffee or tea for example.

Map, compass, torch, whistle and first aid kit are carried by group leaders, and are advised for individuals within each group.

Each party wil appoint a leader and a back marker to avoid being split up, other members of the party should neither overtake or fall behind,

In these days of litigation it is important you know that every time you (and each member of your group) join in an organised walk you do so at your own risk as part of an autonomous group, in which each member of that group has a duty of care to each other.


You are responsible for your own safety.

This is no different from the reponsibilties which you have on a casually arranged walk with friends or family.

TEBAY via Kendal & A6

Hello everyone,
Looks like a dry day in prospect this coming Sunday! Like Peter I'm repeating a walk we last did in 2017 (November!) that was a dry day but quite cold. Hopefully those of you who haven't travelled this quiet corner on the fringe of the Lakes before will have a good days outing. It's not a long route but it does have its ups and downs, quite a few of them. Eight/nine tops all told. It also has quite a testing descent into the valley bottom, all told around 365m/1200ft. Plus a bit of off piste (100m/350ft?), not a problem! The walk starts today in the middle of nowhere. We’ll disembark on the A6 on the bend just before ‘Huck’s Bridge’ We start the day climbing, as we ascend to the first of the seven tops today.
Initial ascent of 155m/500ft from the A6 to the first summit, (Ashstead fell)
Whilst on Grayrigg Pike we’ll have a grandstand view, high above the M6 gazing across to the Howgills on the other side of the valley.
We commence our steep descent into the Borrowdale valley some 350m/1200 ft below, following the wall over firstly over Birk Knott then down the nose of the fell to the lane in the valley bottom. Taking the lane east out of the valley we find ourselves on the A685, here we turn north for a short distance on the A685 to find a gate which gives us access to the bottom of the fell above the road. Following the field edge until we reach the corner fence, we continue following the field edges until we step back onto the tarmac leading into Roundthwaite hamlet.
We cross the bridge over Roundthwaite Beck then take the righthand lane to pass under the M6. The road peters out into a track which leads us under the main west coast railway line into a field. Ahead is the very obvious footbridge passing high over the River Lune, having crossed it, the footpath deposits us into Tebay just around the corner (right!) from The Cross Keys. The walk today is strenuous, although having attained the summit of Ashstead Fell ‘most’ of the rest of the tops are fairly undemanding. The exception being the descent! We still have some seats available, so if you know anyone who would like to join us get them to contact me! See you Sunday
Regards
John

Members may book on a trip from the Monday before at 9am onwards when the Now Booking message is displayed. Sign in with your membership number and password using the Sign In button at the top of ths site , then click on the Book On button that appears in this panel by the trip name. Members must be signed in to see the Book On button. *The BORROWDALE trip is provisonal based on whether parking is available at the Glaramara Hotel. If we cannot park there, then CONISTON will be the alternative destination.
2020 AGM – Postponed until further notice - FLEETWOOD RUGBY CLUB

SHAP/TEBAY [Borrowdale, but not the famous one]

Another repeat of a previously done walk today, although unlike our walk a fortnight ago, this one was last done 9 years ago. My map indicates no actual marked path for the ridge part of our route but as I recall from our previous venture, we had no great problems in navigating along the ridge as we ‘ticked off’ the various rises in terrain. I do remember the descent from the final hill being very steep however. We’ll leave the coach by the layby on the A6 just above Huck’s Bridge. Taking great care we’ll cross the road and walk the short distance back up the hill (using the grass verge) to follow a track snaking down to Borrow Beck and the stepping stones that will help us cross it before we commence our ascent onto the ridge above us via the Breasthigh Road bridleway, passing by the Thunder Stone which sounds terrific but is actually a little underwhelming.
This ascent is fairly constant, and pretty steep, although it lasts for just short of a mile so it is over and done with before you know it ... and as it flattens out we look for a path which is not indicated on the map but which should (hopefully) be visible on the ground. We head off in a south easterly direction over relatively easy terrain that rises and falls fairly gently as we pass over a number of ‘lumps’ along the ridge. Dennison Hill [1476ft / 450m], Whinash [1545ft / 471m], Winterscleugh [1522ft / 464m], Roundthwaite Common [1427ft / 435m], and Belt Howe [1338ft / 408].
Our route turns easterly here and our next ‘top’ is Casterfell Hill [1204 / 367m] before we reach the ridge’s end at Jeffrey’s Mount [1240ft / 378m]. From here we should be presented with super views of the Lune gorge, which as well as the river Lune also encompasses the West Coast main line railway, the M6 motorway and the A685 road before the land rises once again to offer us the wonderfully rounded Howgill Fells.
Leaving Jeffrey’s Mount due south and extremely steeply, we arrive at the A685 to cross Borrow Beck once again before using the minor road to pass under the motorway and rail-line as we head to Salterwath Bridge where we cross the Lune and turn onto the riverside path towards Tebay, before another small section of road brings us into Tebay where the Cross Keys pub awaits our patronage.